Fisetin is a Powerful Senolytic that Supports Health & Lifespan

Thanks to a new study published in Nature Medicine, we now have a convincing culprit for age-related physical dysfunction: the accumulation of “zombie” senescent cells.   We might be able to fight off senescent cells and their inflammatory secretions with interventions including senolytic drugs, exercise and intermittent fasting.

“Senescence can be induced by such stresses as DNA damage, telomere shortening, oncogenic mutations, metabolic and mitochondrial dysfunction, and inflammation. Senescent cell burden increases in multiple tissues with aging, at sites of pathology in multiple chronic diseases, and after radiation or chemotherapy.” — Xu et al., 2018

Senescent cells are defective older cells that are no longer functioning as they should. Most are cleared out and recycled by our immune systems, but as we age, more and more of these defective cells build up. Sometimes called “zombie cells”, they cause significant harm by secreting molecules that cause inflammation to surrounding cells, leading to more impairment. Increased systemic inflammation is now recognized as a leading contributor to all age related disease and aging itself. Clearing out of senescent cells can lower systemic inflammation and turn back aging to some degree.https://www.ebiomedicine.com/article/S2352-3964(18)30373-6/fulltext This new study found that Fisetin is more effective than any currently know senolytic compound, destroying 25-50% of senescent cells. The dose used equates to 500 mg per day for five days for a 60kg human.   A Phase 2 human trial is underway now, using 20 mg/kg a day for 2 days. This current research with Fisetin was exciting because it is:

Supplements like NAD+Max and NeuroNAD+ to restore NAD+ levels are generating a lot of excitement among researchers working to extend Healthspan.  Increasing NAD+ levels thru supplementation is being shown to have many health benefits, but likely has limits as the increased inflammation will eventually overwhelm any supplementation therapy. Senescent cells are like little factories, spewing poisons that greatly increase inflammation in surrounding cells. Minimizing systemic inflammation by killing these zombie cells will make it easier to restore NAD+ levels.

One very important issue is that when you restore NAD+ through supplementation you also support senescent cells at the same time you will be supporting your healthy cells that are in need of the NAD+ support. This is where pulsing NAD+ and then pulsing senolytics makes good sense! The is where Fast Track Fast and Sensory Rejuvenation Protocol fit in. These are protocols that can be done once a week or once a month to boost NAD+ and effectively clear senescent cells.

How to try Fisetin for killing senescent cells

So you don’t want to take NAD+ product at the same time you are trying to clear senescent cells! However fisetin has been widely used for it’s numerous health benefits (below), normally at 100-200mg per day. This new research has spurred much self experimentation among the “bio-hackers” at Longecity.org, so you might want to read there if you are interested in trying this yourself. Most users on that forum are trying  1,000 to 2,000 mg per day, for 2-5 days.  This is where Mito Phase, Fast Track Fast fits in to this study very nicely!

The Phase 2 human study with Fisetin used 20 mg per kg of body weight for 2 days.

Quotes from this study:

The first to document extension of both health span and lifespan by a senolytic with few side effects, even though administration was started late in life. Taken together, these data establish the natural product fisetin as a potent senotherapeutic.

Demonstrates that reducing the senescent cell burden in mice even late in life is sufficient to have a significant health impact.

Taken together, these studies demonstrate that senolytic compounds can have significant effects on chronic degenerative diseases and age-related pathology.

Fisetin treatment extended the health and lifespan in WT mice even when treatment was initiated in aged animals. Importantly, no adverse effects of fisetin have been reported, even when given at high doses.

22–24-month-old mice were treated with 100 mg/kg fisetin for 5 consecutive days by oral gavage, or vehicle only. The short-course treatment with fisetin resulted in a significant reduction in the fraction of senescent cells in each of these populations (Fig. 4C). This resulted in an extension of median as well as maximal lifespan (Fig. 5A-B). Other biological activities include anti-hyperlipidemic [84–86], anti-inflammatory [85], and neurotrophic [87] effects.

Conclusion: Given that fisetin is a natural product found in common foods and available as an oral dietary supplement and has no reported adverse side effects, our pre-clinical data suggest that fisetin should be imminently translatable and could have a significant benefit to the health of elderly patients.

Fisetin is a flavonol, a chemical that belongs to the flavonoid group of polyphenols. Fisetin is a type of plant pigment that gives color to many fruits and vegetables (R, R1).

Note that there are very few trials of fisetin with humans and nearly all of the studies listed here are done on animals.

1) Fisetin is Good For Your Brain

Out of a number of studied flavanoids, fisetin was found to be the most effective at causing new brain growth (R). One of the reasons fisetin possesses so many brain-boosting effects is because it is able to cross the blood brain barrier (R). 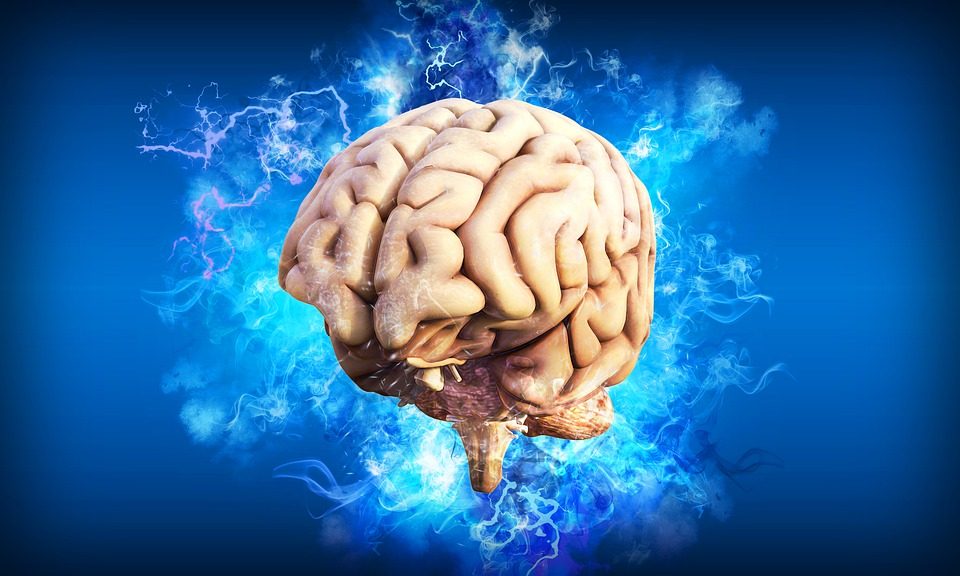 Fisetin supplementation increases the strength of long term memory pathways (by modifying ERK signaling and increasing BDNF), so it might be useful for memory disorders (R, R1).

Fisetin has been shown to regulate a number of pathways (e.g. antioxidant & mitochondrial function) that are implicated in age-related decline in brain health (R).   One mechanism by which fisetin might protect against degenerative brain conditions is by activating certain transcription factors such as Nrf2 that increase the cellular levels of glutathione – a key cellular antioxidant that has protective effects on nerve cells (R, R1). Fisetin protects nerve cells from oxidative stress. Oxidative death is one of the many factors associated with cognitive decline, stroke,  and Parkinson’s disease (R). Moreover, Fisetin limits the accumulation of harmful compounds (phosphorylated tau) that accumulate in the brain (R). Fisetin is a potentially useful supplement for decreasing inflammation in microglia – immune cells that exert neurotoxic effects and are often activated in neurodegenerative conditions (R).

Fisetin inhibits the activity of lipoxygenases (enzymes that act on fatty acids), thereby reducing the production of pro-inflammatory compounds(eicosanoids) and their by-products (R, R). High blood sugar in diabetics can cause inflammation of the blood vessels and lead to serious damage. These inflammatory processes are inhibited by treatment with fisetin (possibly via inhibition of the HMGB1 signaling pathway) (R, R1). Fisetin can relieve allergic reactions by inhibiting inflammatory cytokine production (IL-4 and IL-13) by Basophils (R). Fisetin was found to be an effective treatment for Eczema in animals as it reduced the presence of inflammatory cytokines, eosinophils, mast cells and T-cells (CD4+ & CD8+) that are typically found in atopic dermatitis skin lesions (R).

Fisetin lowers the elevation of MG-protein glycation that is associated with diabetes and, therefore, may have potential therapeutic use for the treatment of diabetic complications (R). Diabetic mice fed a diet high in Fisetin stayed diabetic, but the kidney abnormalities normalized (R). Fisetin administration normalized the increased levels of lipid content in blood, liver and kidney in drug-induced diabetic rats (R). In diabetic mice, Fisetin reduced the expected formation of cataracts (R). Fisetin increases HDL and lowered LDL in diabetic rats (R).

A number of studies have found that fisetin activates SIRT-1, a gene that has been repeatedly associated with long lifespan; in fact, it is often referred to as the longevity gene (R, R1, R2).

Dietary supplementation with a strawberry extract (which is said to have the highest levels of fisetin) improved the performance of rats in a rodent model of accelerated aging (R). 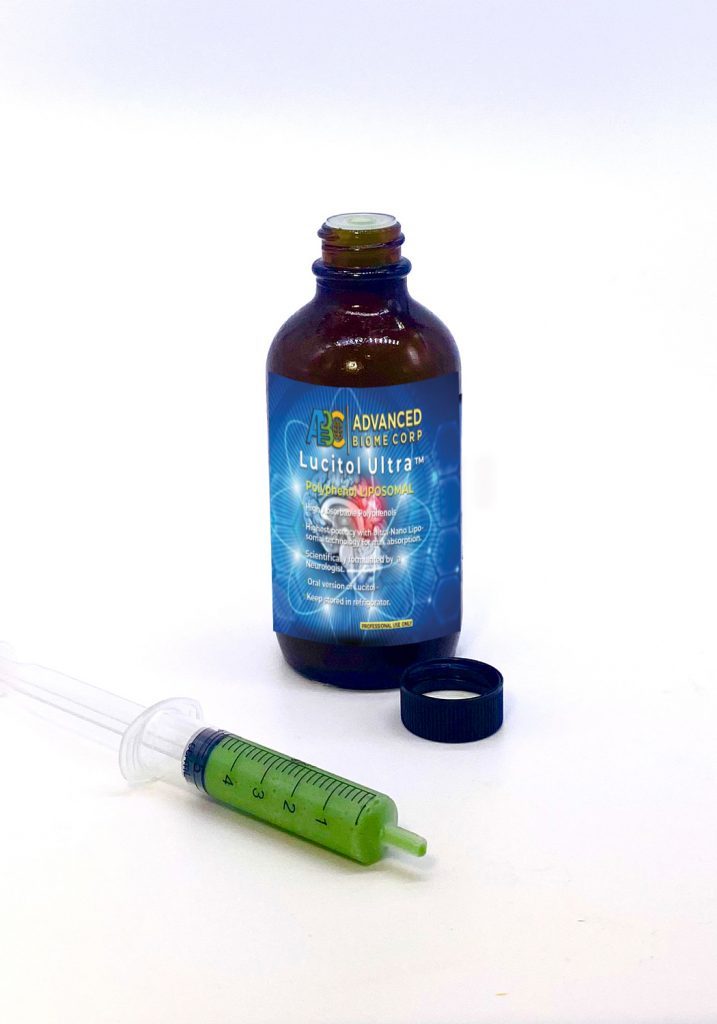 Studies show Liposomal Fisetin is up to 27x more bioavailable, which allows smaller dosages that put less strain on the liver. 3 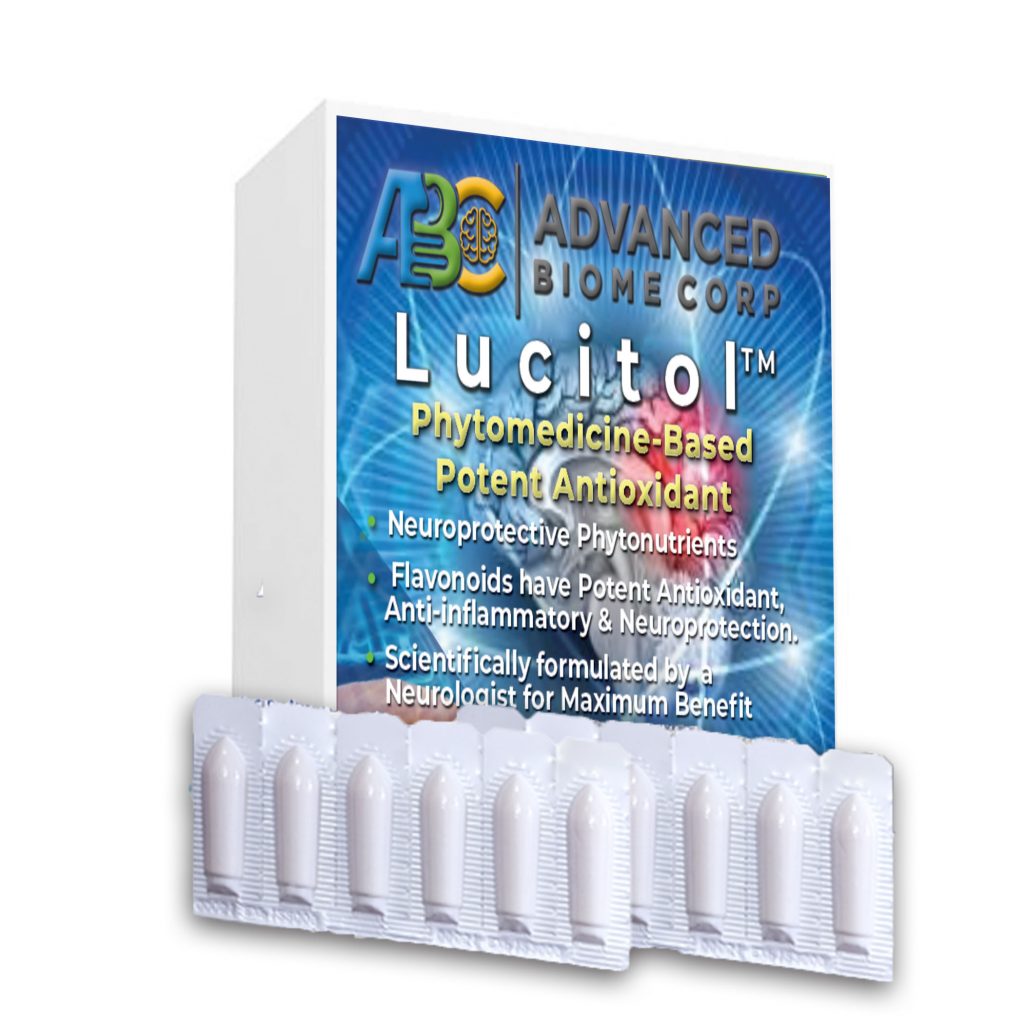 Remember when you restore NAD+ through supplementation you also support senescent cells at the same time you will be supporting your healthy cells that are in need of the NAD+ support. This is where pulsing NAD+ and then pulsing senolytics makes good sense! The is where Fast Track Fast and Sensory Rejuvenation Protocol fit in. These are protocols that can be done once a week or once a month to boost NAD+ and effectively clear senescent cells.

Check out our Lucitol Fisetin.